Viruses are conventionally considered to be dangerous, eerie and scary enough to stay away from them for the sake of our own health, but Luke Jerram does not see them as such. Since 2004, Jerram has been turning viruses and other pathogens into stunning glass sculptures that are just as eerie as they are beautiful as part of an ongoing series titled "Glass Microbiology." He chooses some of the most feared and deadly subjects out there too, making chilling portraits of everything from HIV to malaria. Under the microscope viruses have no colouras to say, because in reality they are smaller than the wavelength of visible light. This gives a lot of possible ways in deciding how to illustrate them.

Though his sculptures can appear exaggerated, with weapon-like barbs and eerie bulges, they're actually all made entirely to scale. Of course, they're vastly larger than their original forms: his virus sculptures are around 1 million times their actual size. While Jerram creates plans for the sculptures, they're sent off to one of several professional glassblowers to build them. Five models are made of each design, and as he's added more, the sculptures have toured the world through museums and galleries. 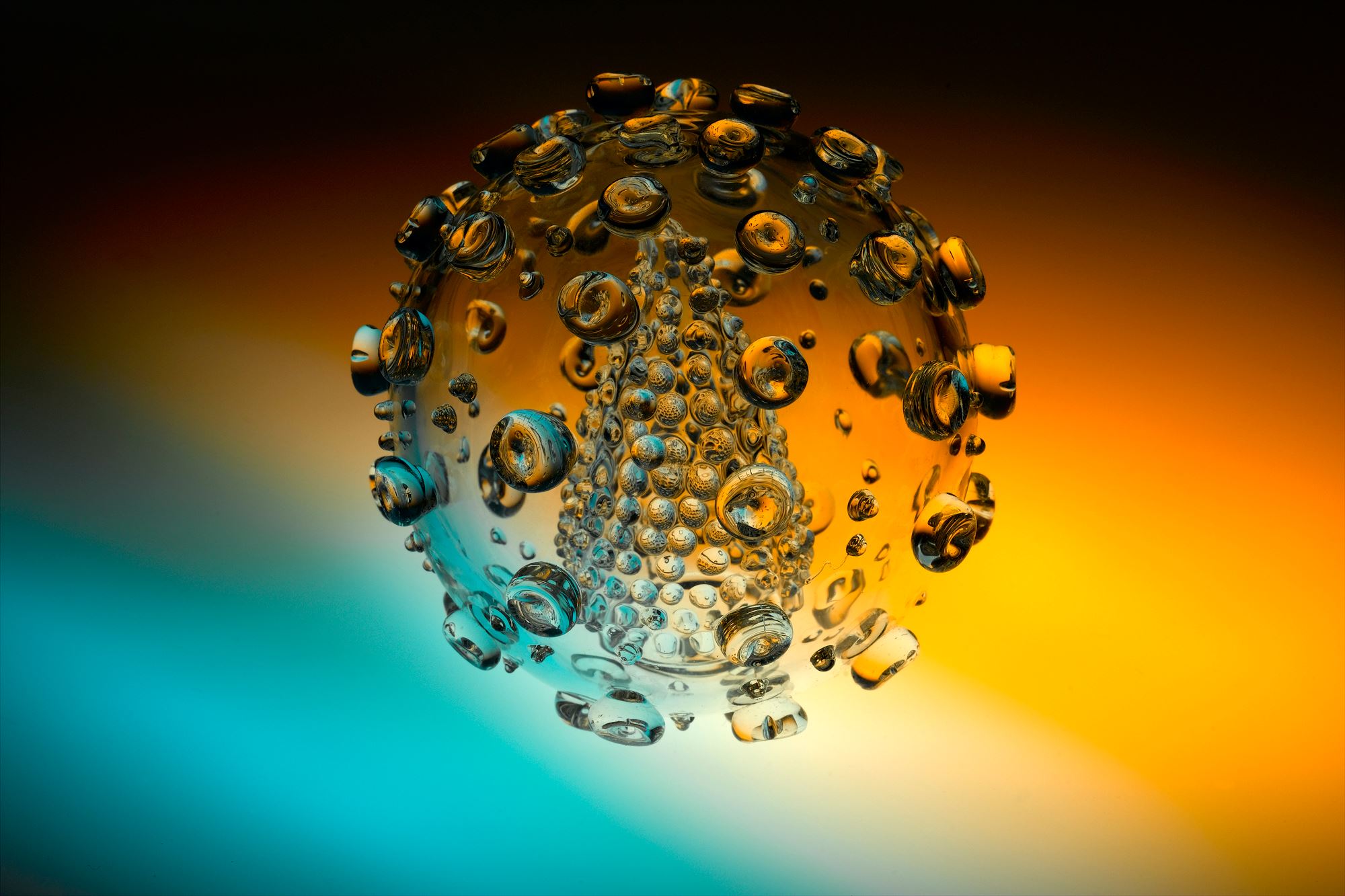 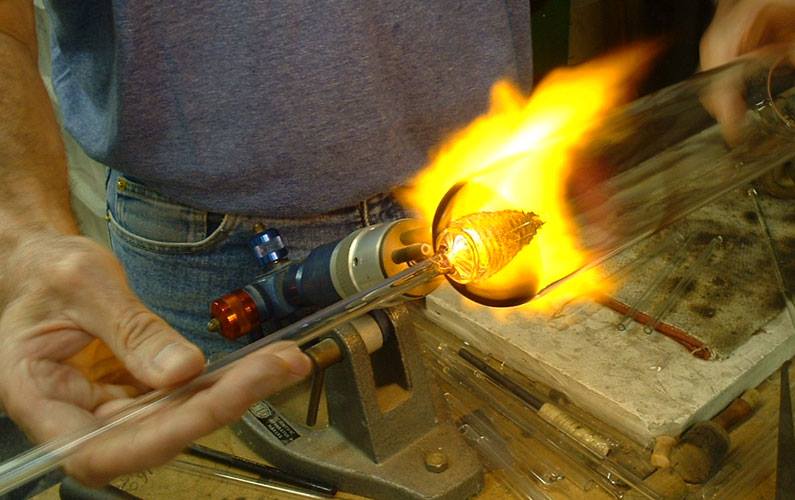 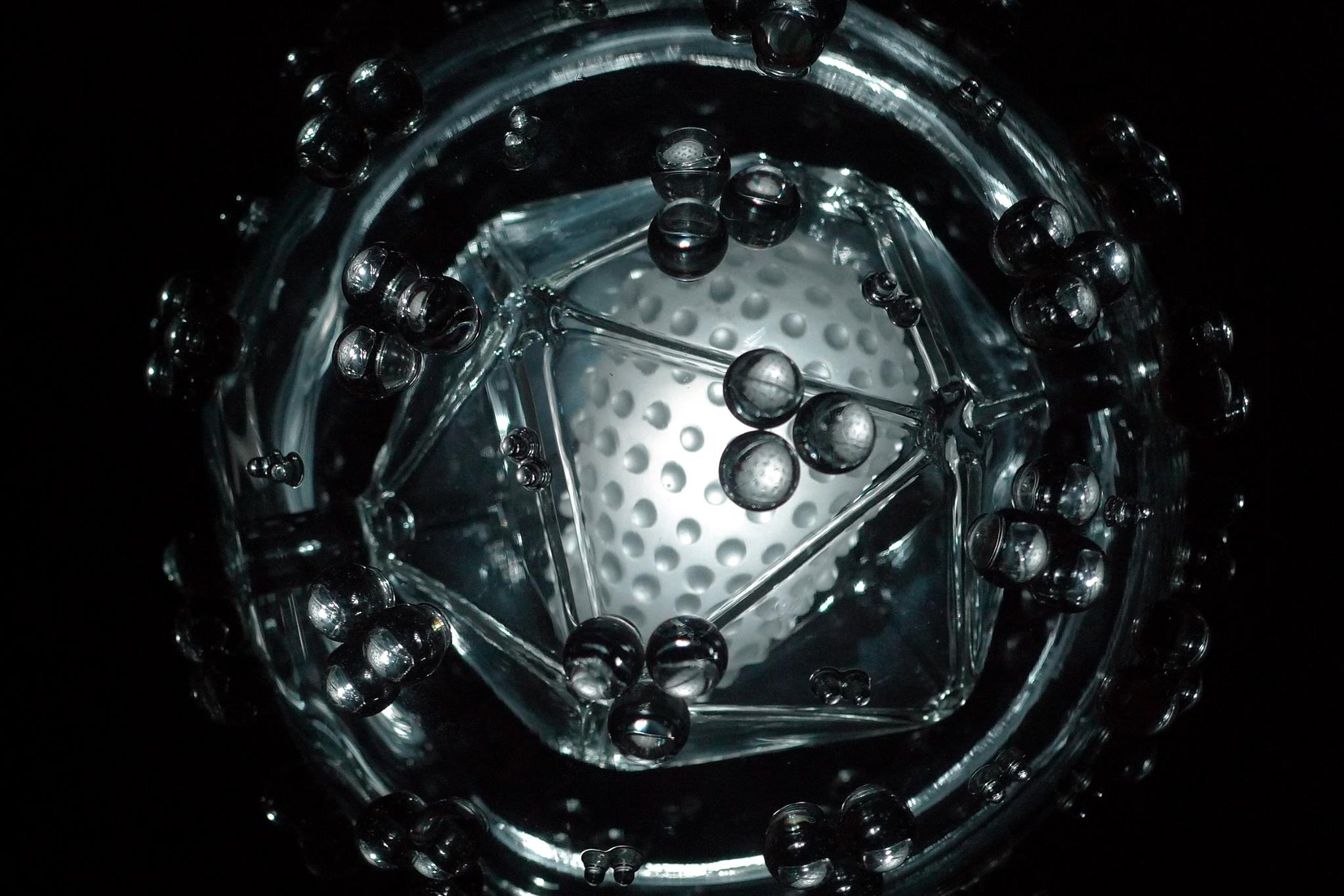 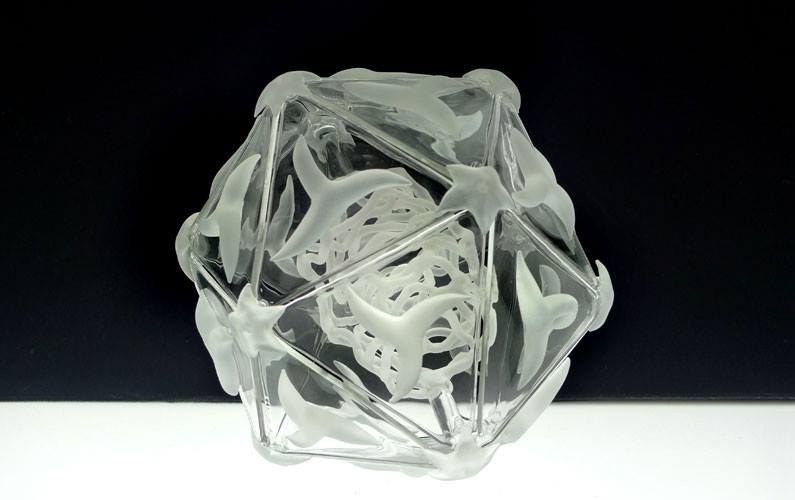 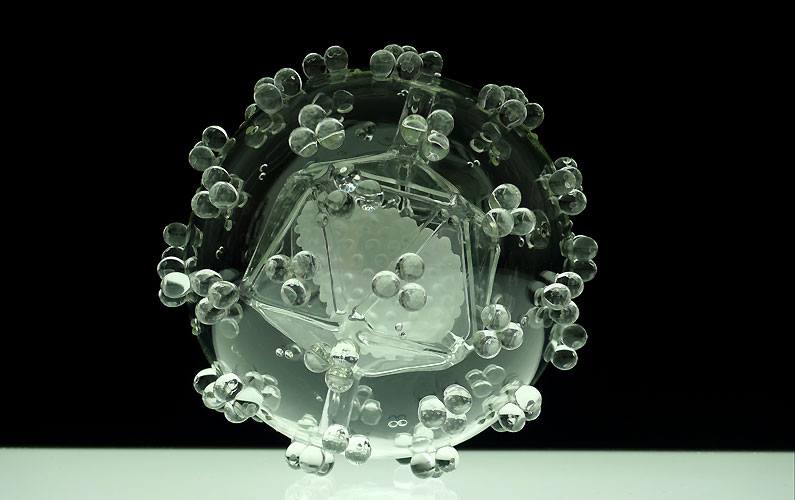 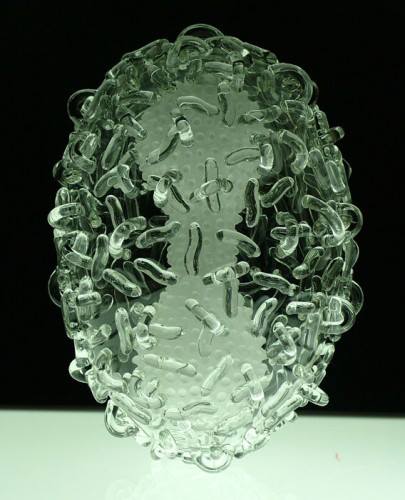 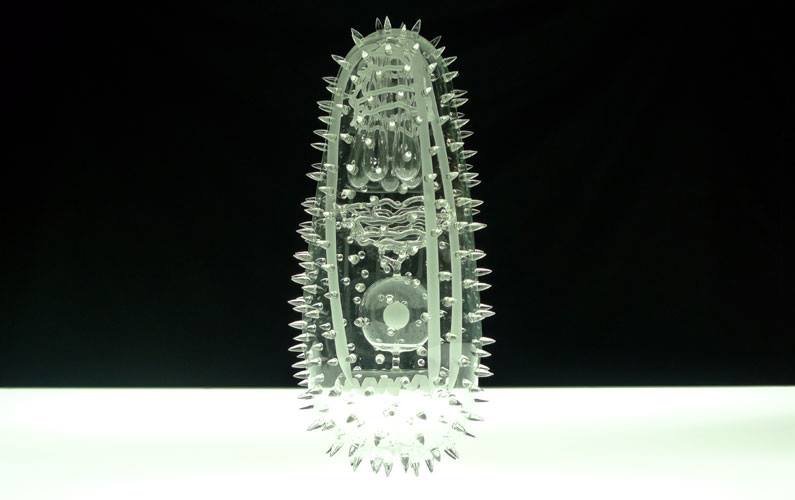 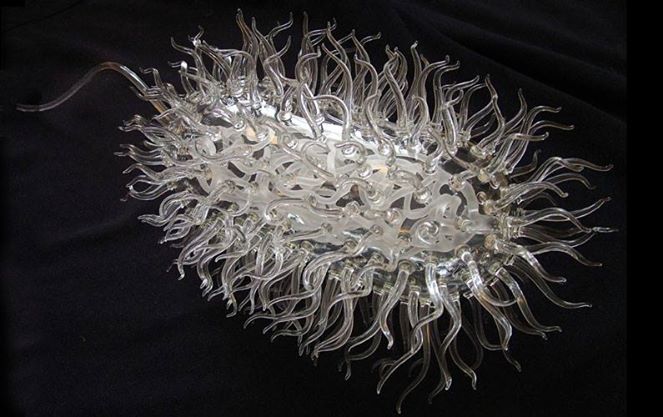 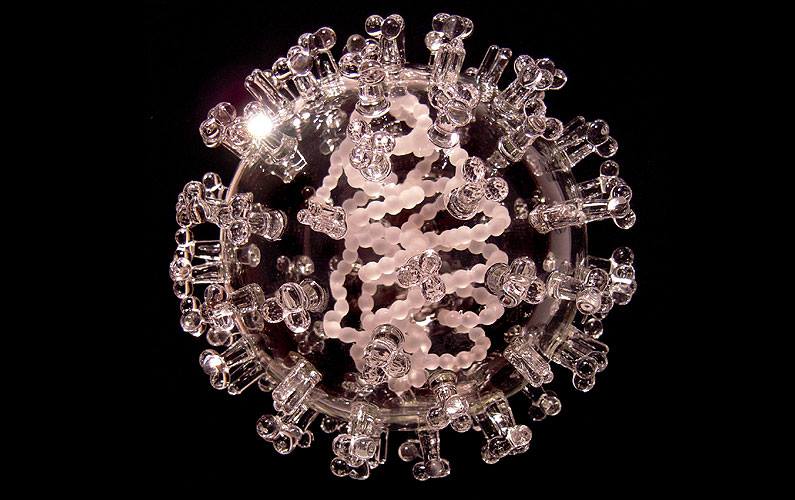 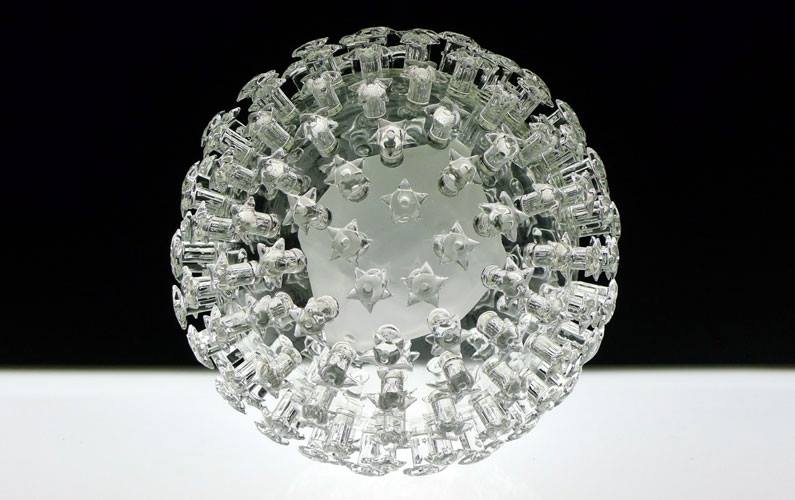 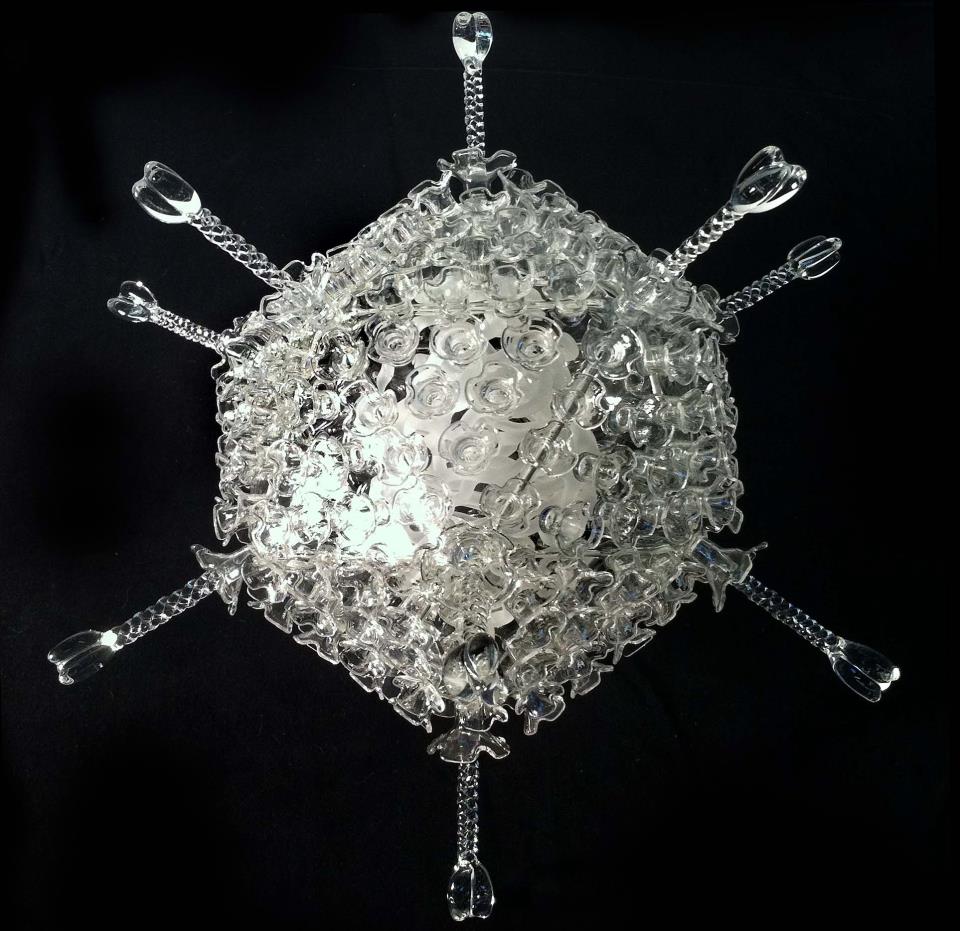