The word 'biomimicry' describes the process of humans borrowing designs and systems from nature to create their own technology. Jolyon Brewis of Grimshaw Architects did exactly that when he based the architecture of our Core education centre on the growth blueprint of plants. He used opposing spirals mathematically based on Fibonacci’s sequence (0, 1, 1, 2, 3, 5, 8, 13, 21, 34 ...) where every number is the sum of the previous two. The spirals on a pinecone, pineapple and sunflower, like the Core roof, usually represent two consecutive numbers in this sequence.

Each dome has what’s known as a hex-tri-hex space frame with two layers. The outer layer is made of hexagons (the largest is 11 metres across), plus the odd pentagon. The inner layer comprises hexagons and triangles bolted together. The steelwork weighs only slightly more than the air contained by the Biomes. The structures are more likely to blow away than down, so are tied into the foundations with ground anchors, a bit like tent pegs.

The original opened in 2001 in a former clay pit in Cornwall consisting in eight giant geodesic domes – or biomes – enclose a swathe of the 2.2 hectare site and creating a temperature-controlled environment for a vast collection of plants described as the "largest rainforest in captivity." 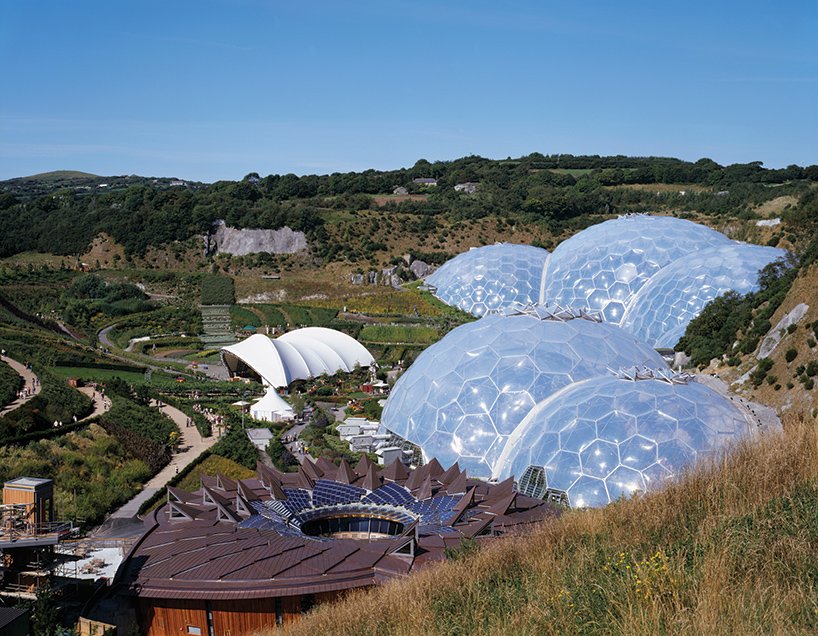 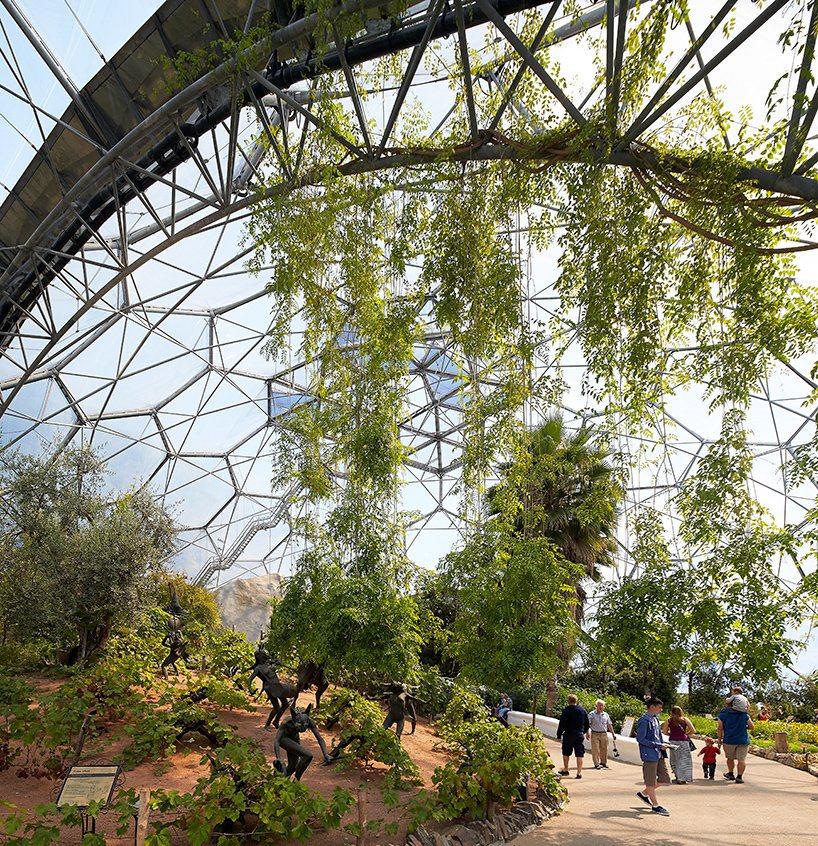 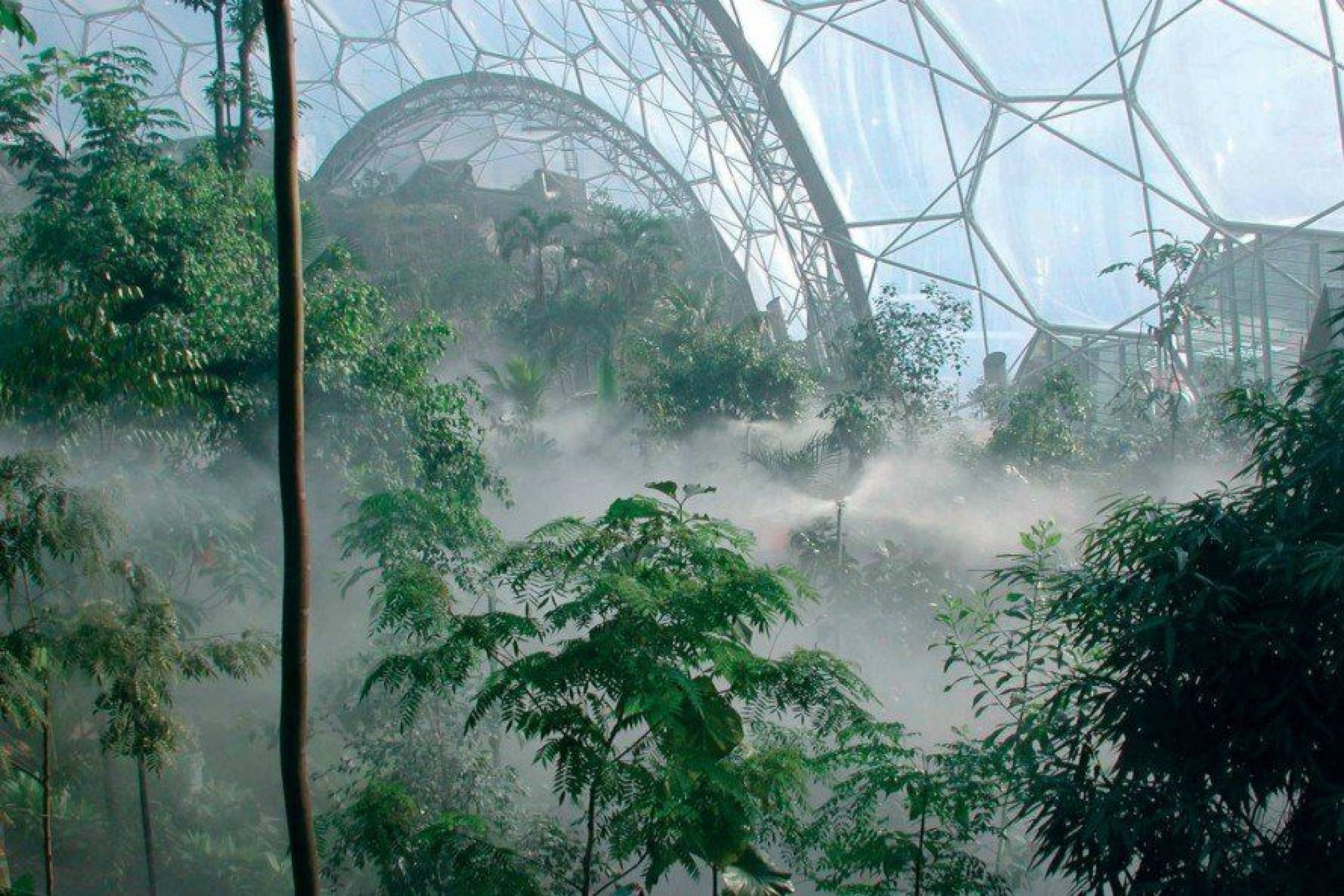 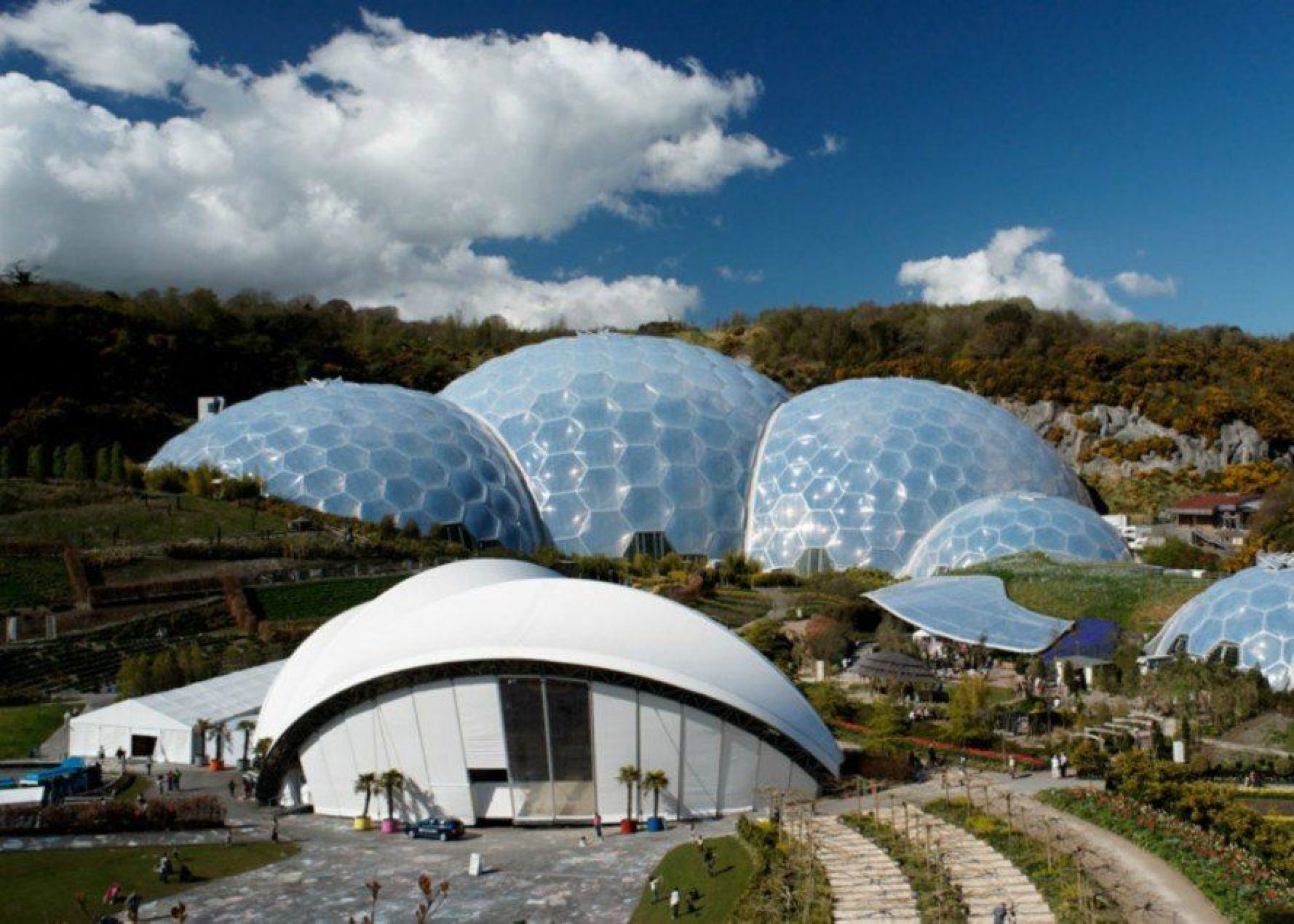 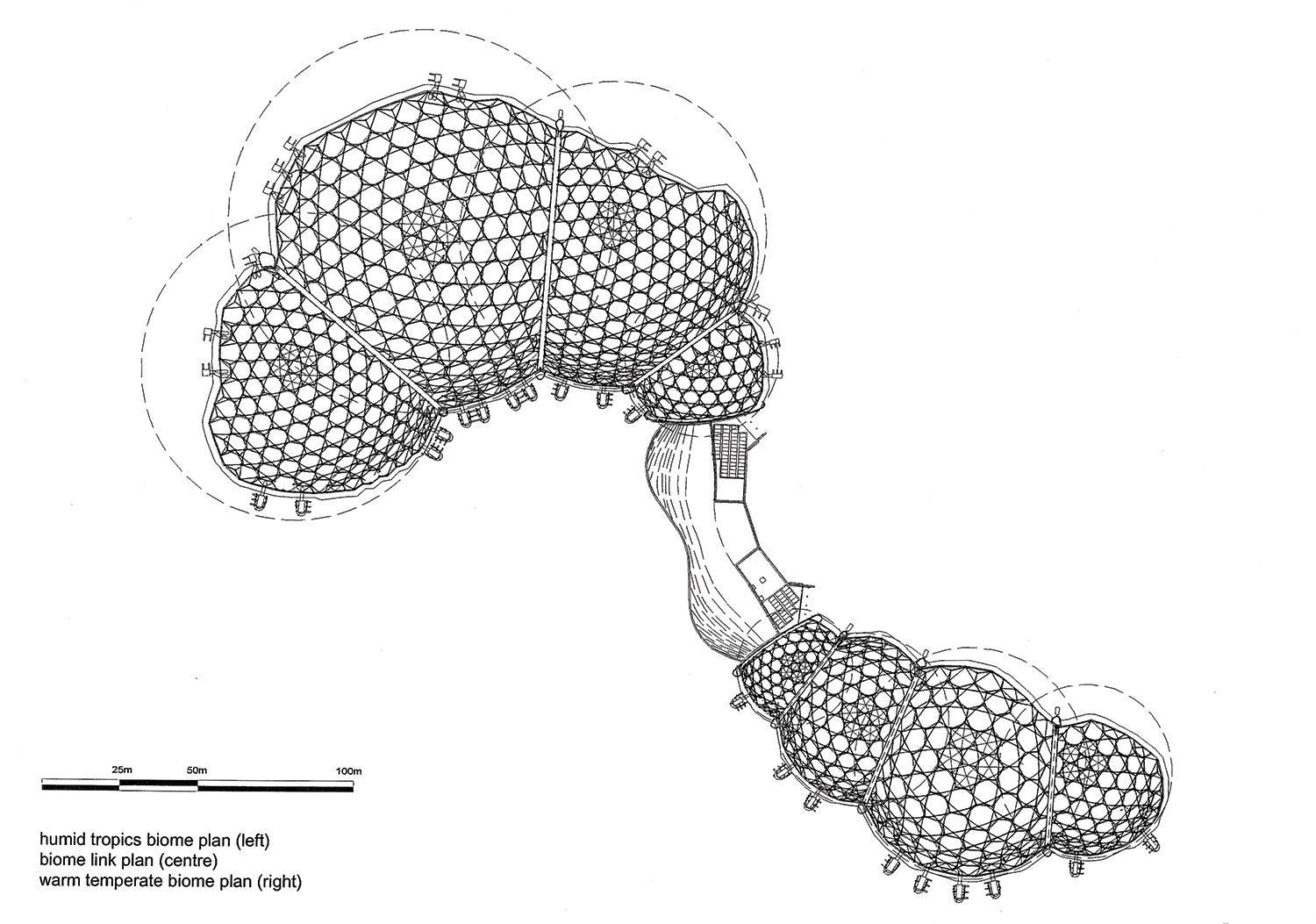 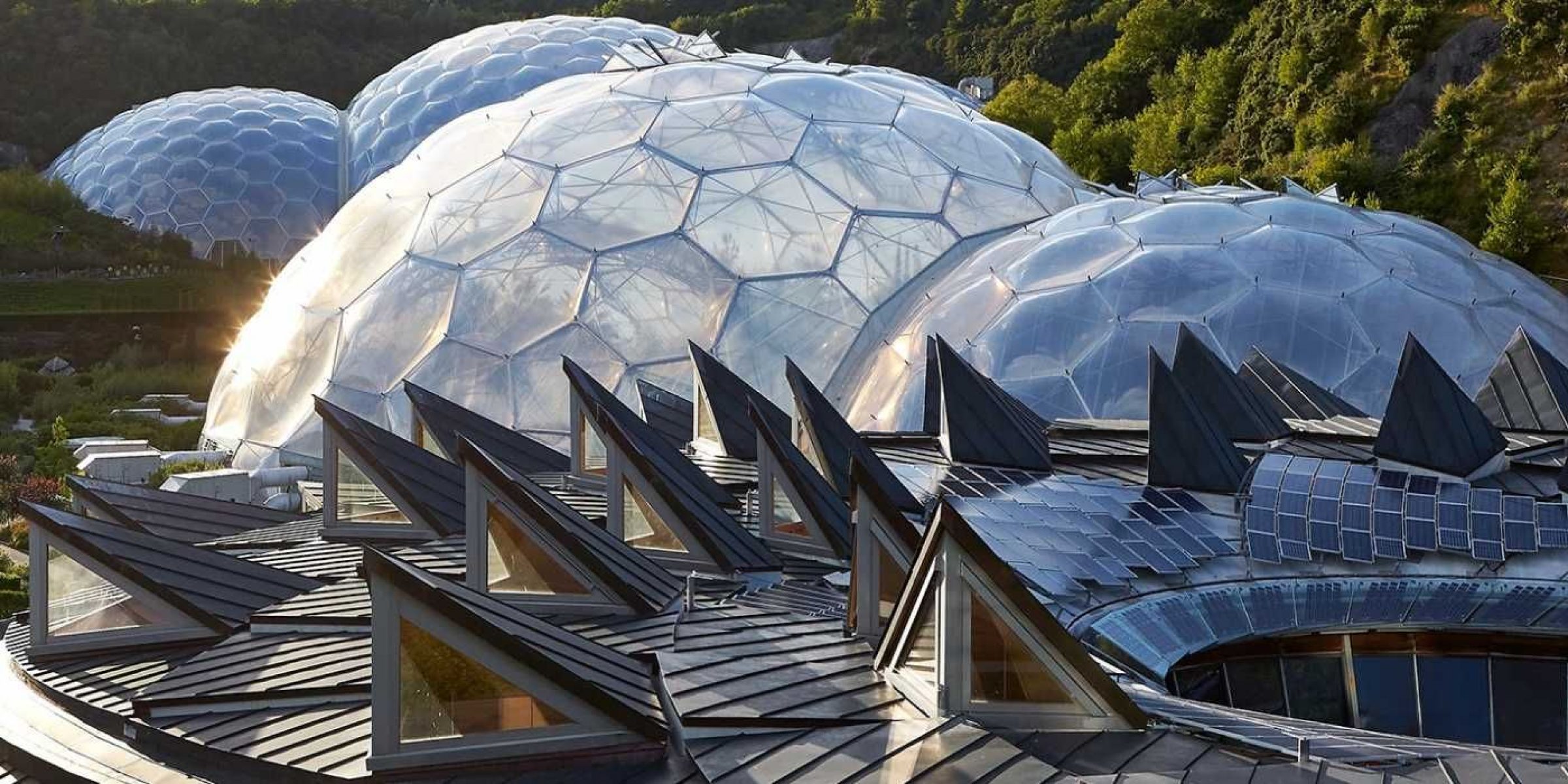 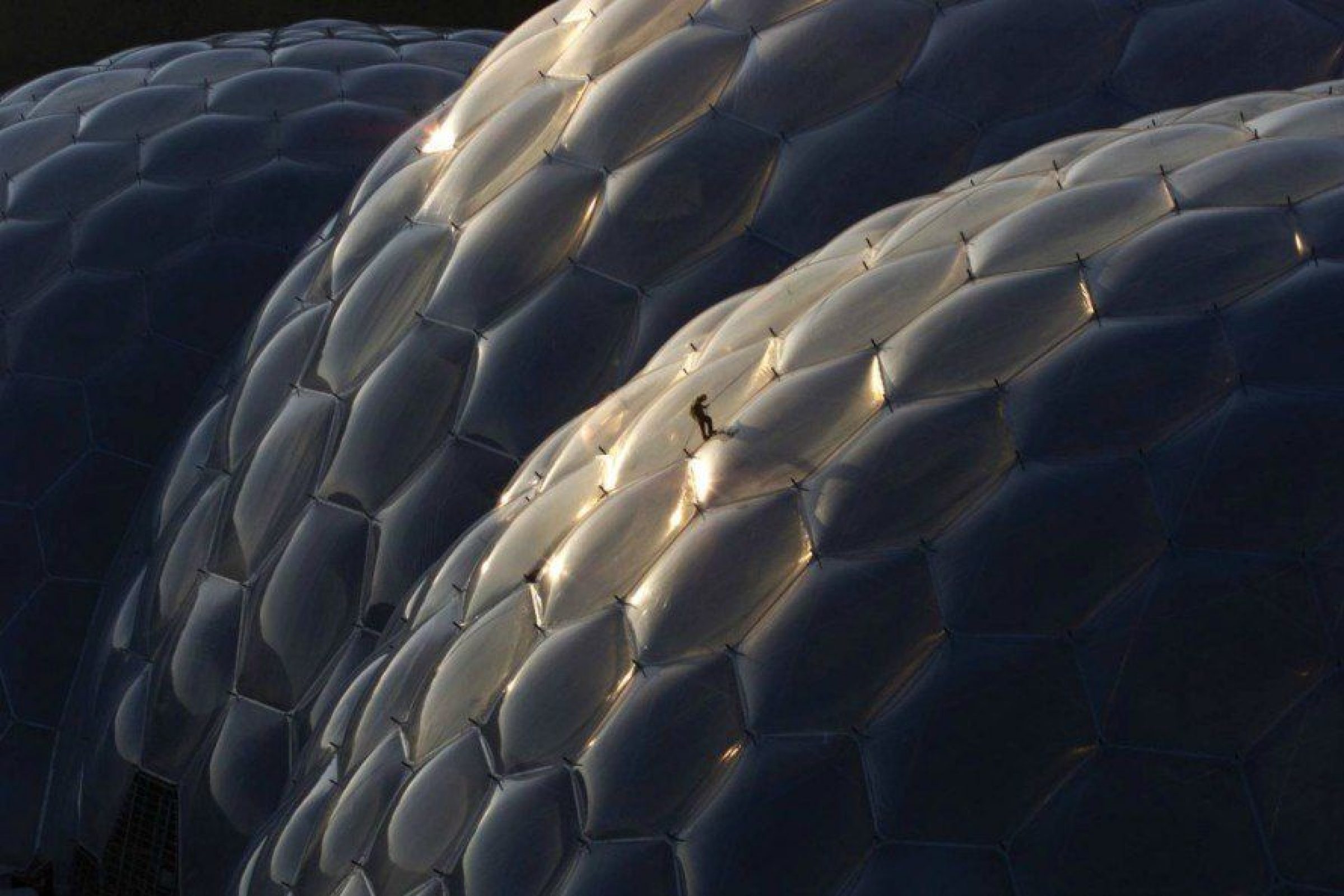 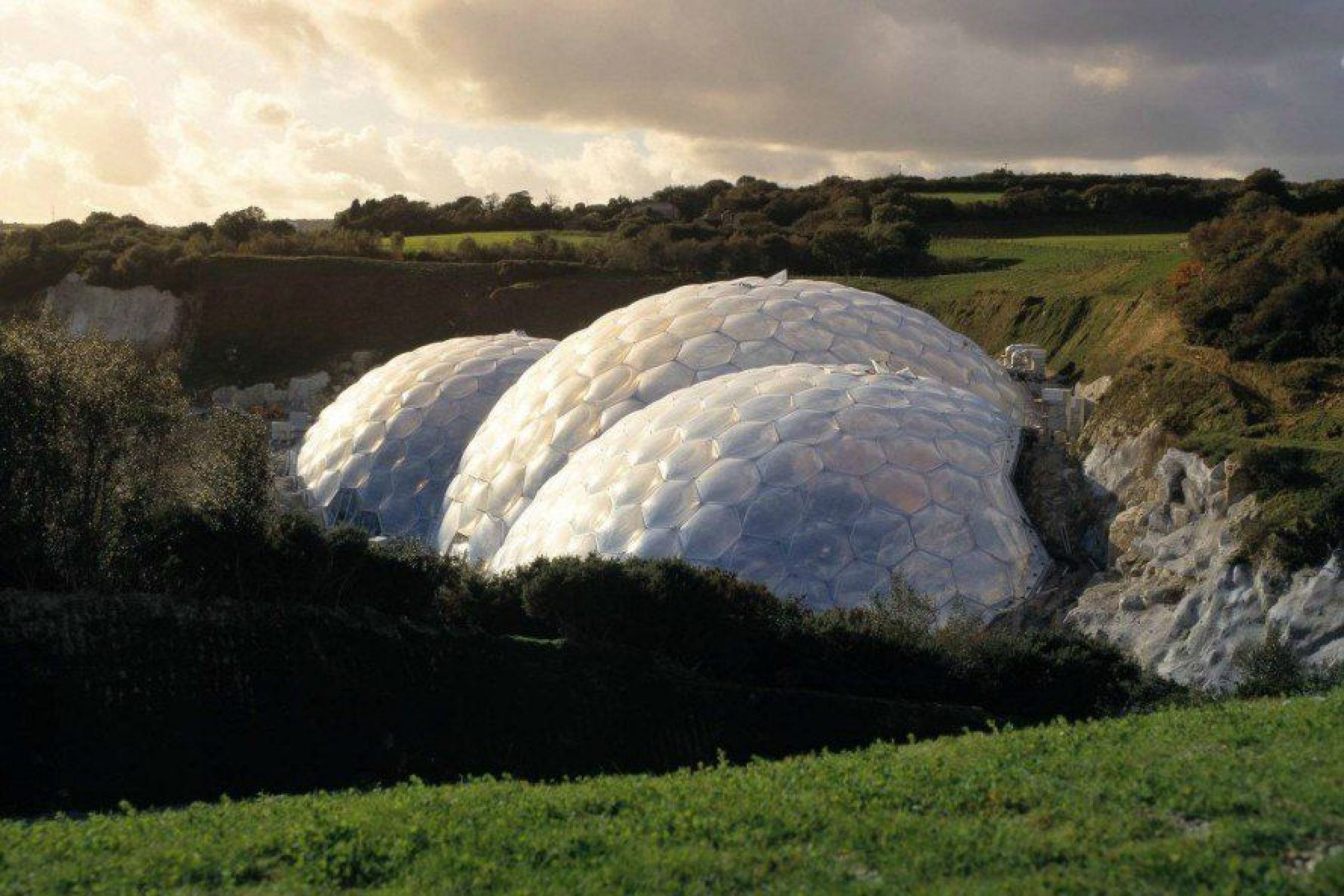 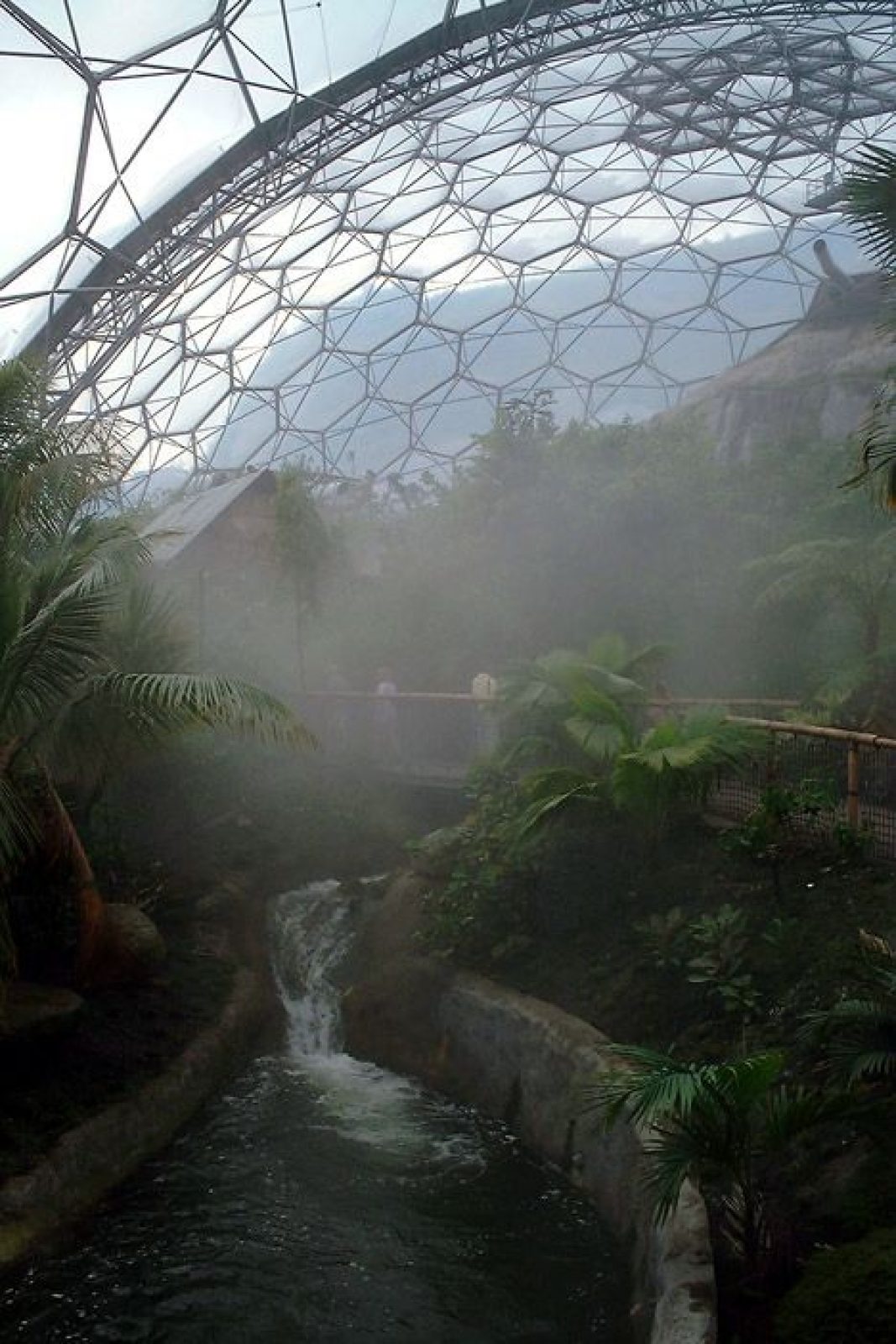 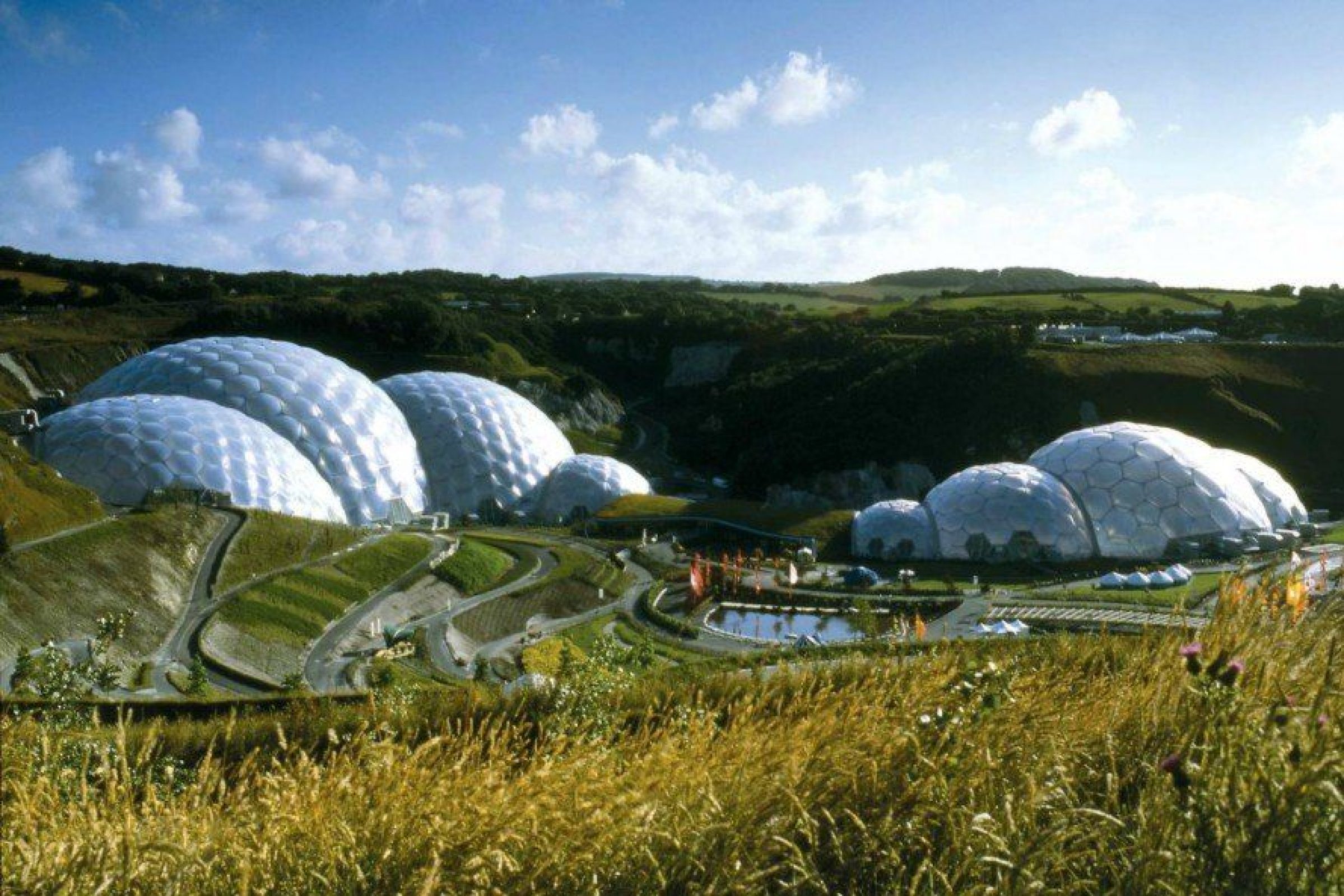 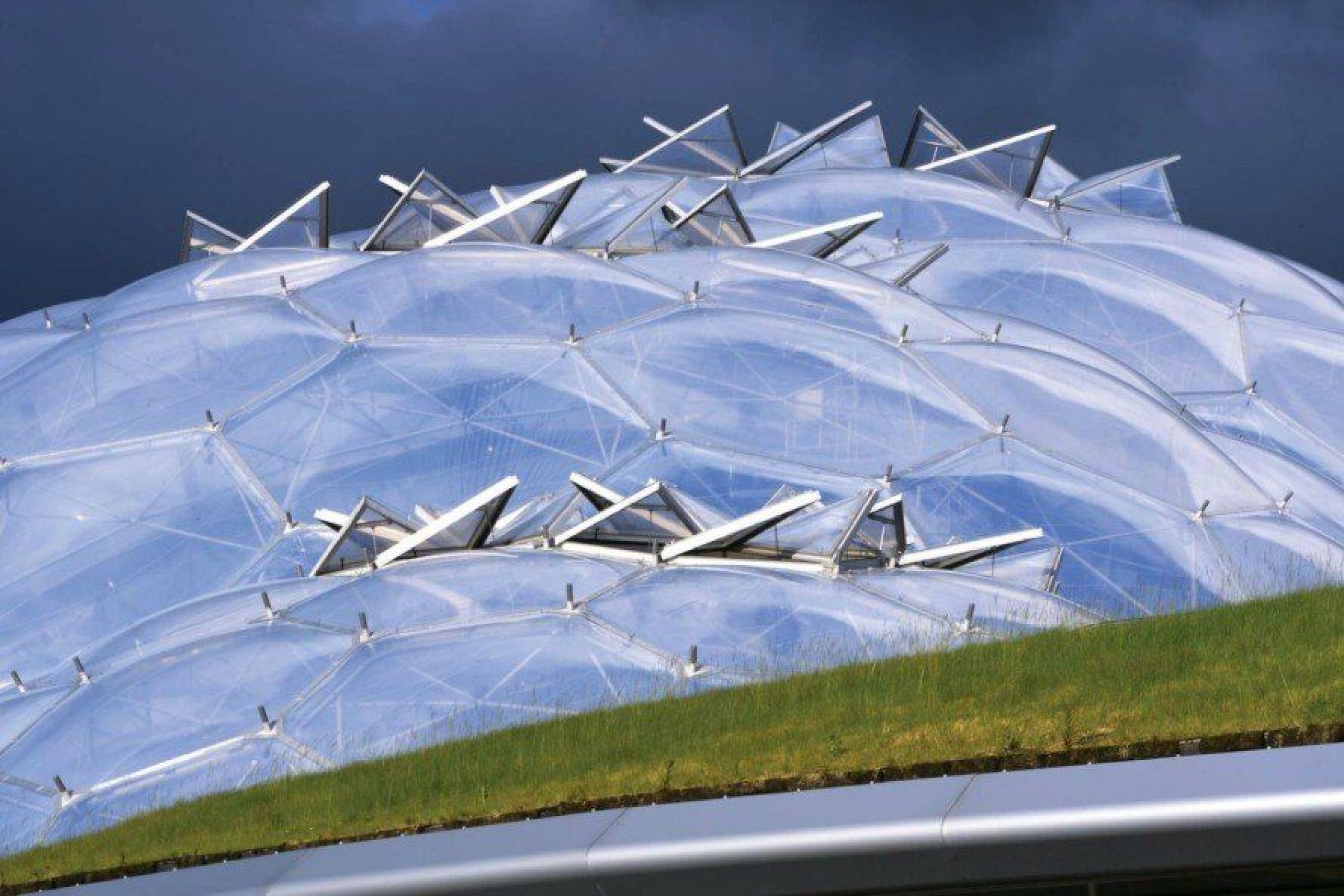