The work of Leonardo Ulian originates in the dismantling and observation of patterns and circuits found in electronic devices. In his approach, there is an affinity with the work of an anatomist who researches the mechanisms of life or that of the childlike curiosity of those who break into the bodies of objects in order to examine the internal components for the mere pleasure of the discovery.

His interest in the technological mandala began when considering the relationship between modern day human nature and pursuits of personal fulfillment, to the 'cult of the electronic', including our perception of Eastern spiritualization as 'Enlightened', and the dependency placed upon the technological as a modern day savior.

Through these harmonic shapes, Ulian claims that his very purpose is to "generate inner images actively through the minds of the viewers who are looking into the physical pieces hanged on the wall." Ideally, the energy that flows through his mandalas circuits is a current of thoughts, possible questions and inner feelings reflecting the human condition in this specific moment in history. It seems the universe Ulian creates is a utopian cross section between the technological, spiritual, and corporeal: an infinite connection among persons, objects or places, like the countless routes and connections found spinning out from the center of the mandala, awash with all its complexities and intricacies, both small and large, mundane and inspired. 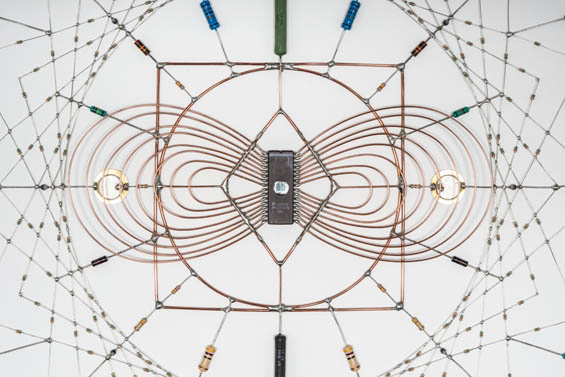 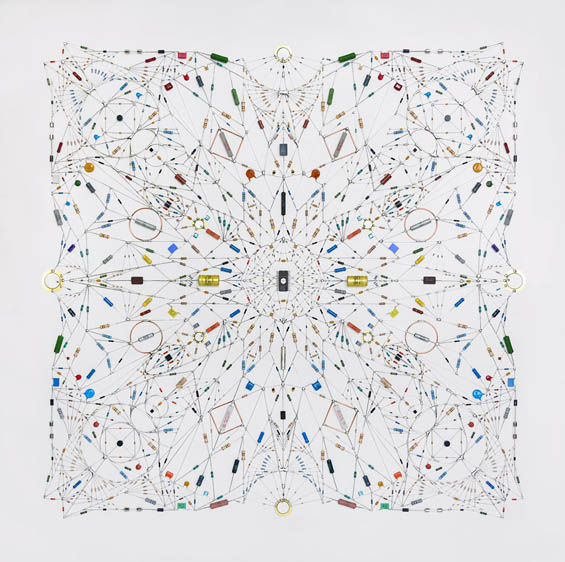 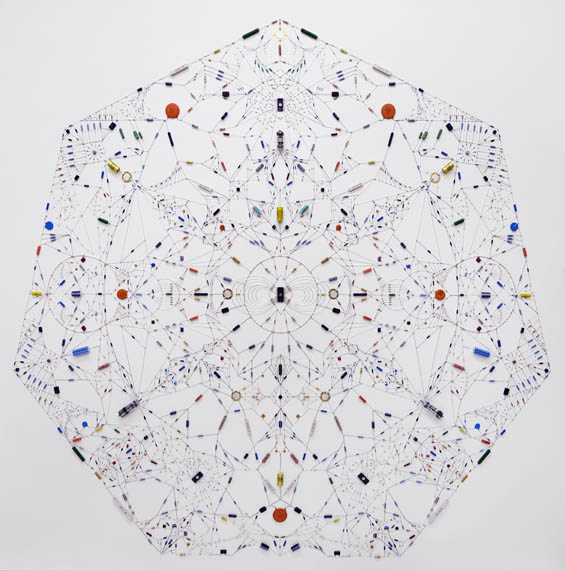 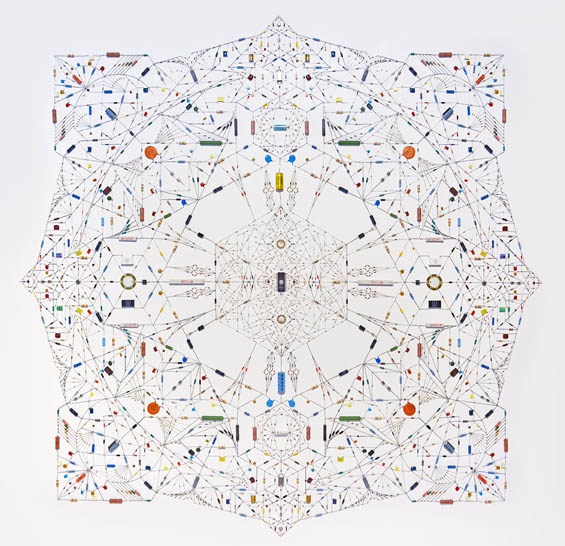 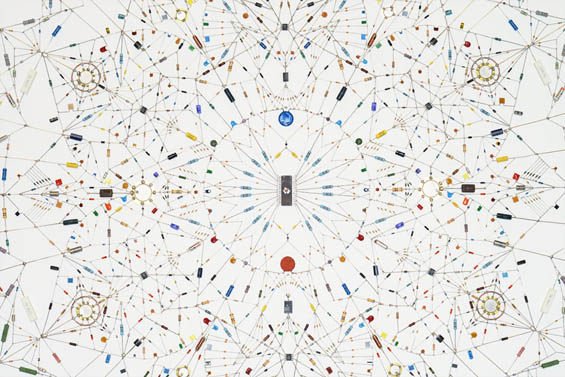 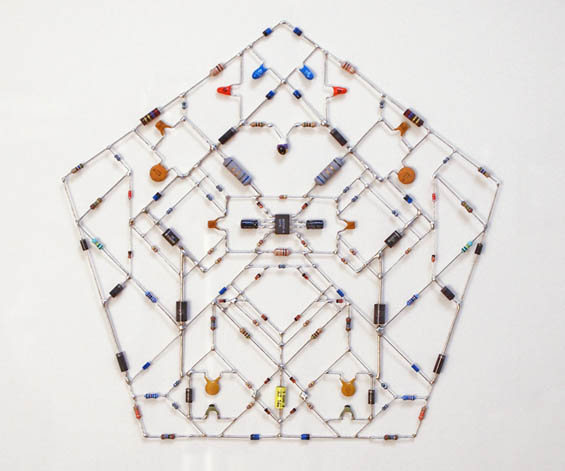 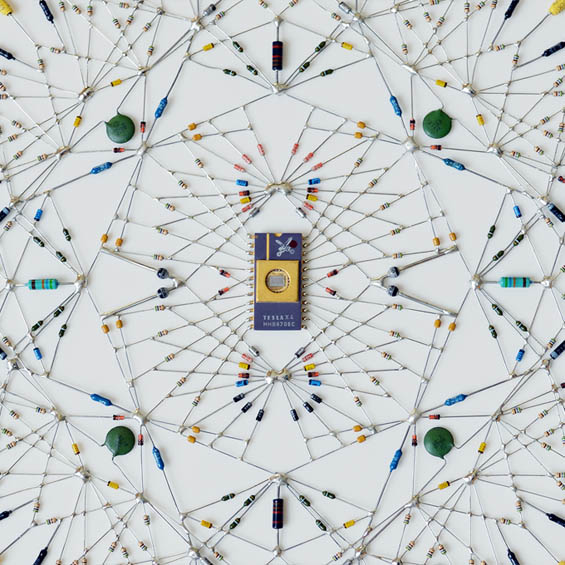 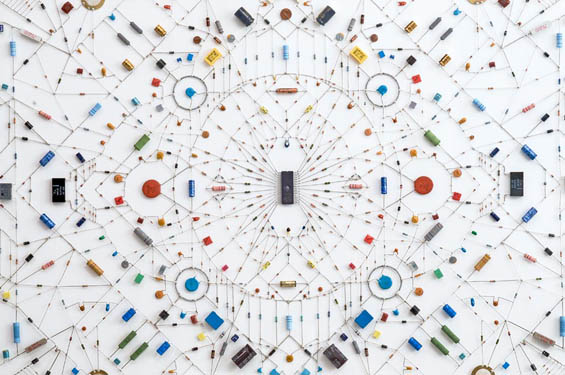 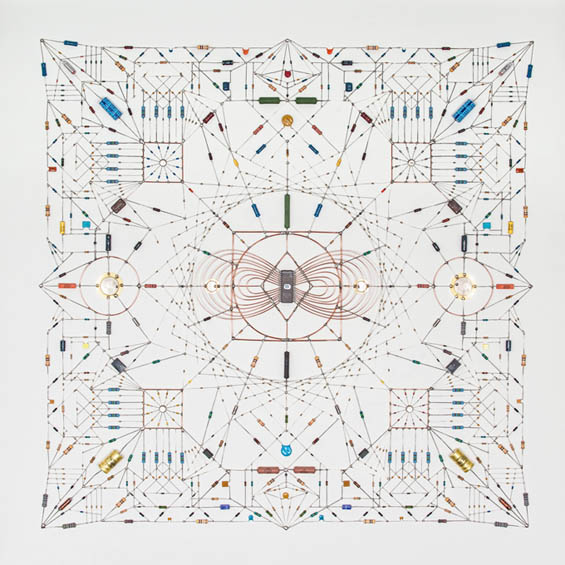 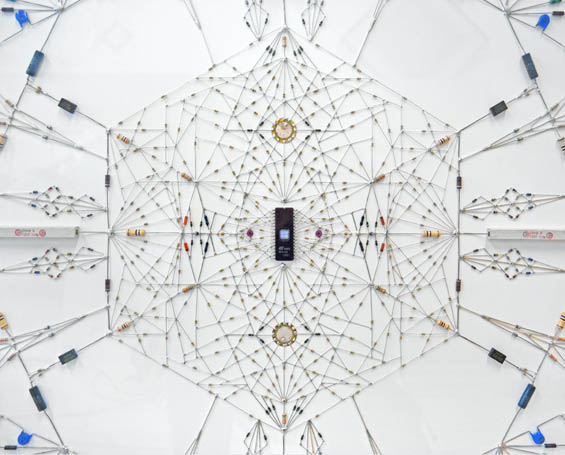