Desert Breath is an artwork installation located in El Gouna, Egypt completed by a group of artists, designers and architects under the name of D.A.S.T Arteam.

Completed in 1997 after a number of years under construction, the installation consists of a fractal spiral of conical protrusions and alternately conical dunes. From the ground, the full scope of the project is hard to see, as the site appears to be a string of increasingly large sand piles, with the matching pits from which they were dug lurking nearby.

However, when seen from the air, the full effect of the piece becomes clear as the 89 cones and 89 matching dunes spiral out from one another in two geometrically precise arms that increase in diameter the farther they get from the central axis. At the center where the two strings meet, a cone rises up out of a large central pit which was originally filled with water. Despite being otherwise unadorned, the mathematical precision on display at the site creates a sense of wonder.

“The project is rooted in our common desire to work in the desert. In our mind’s eye the desert was a place where one experiences infinity. We were addressing the desert as a state of mind, a landscape of the mind. The point of departure was the conical form, the natural formation of the sand as a material.” - D.A.S.T Team 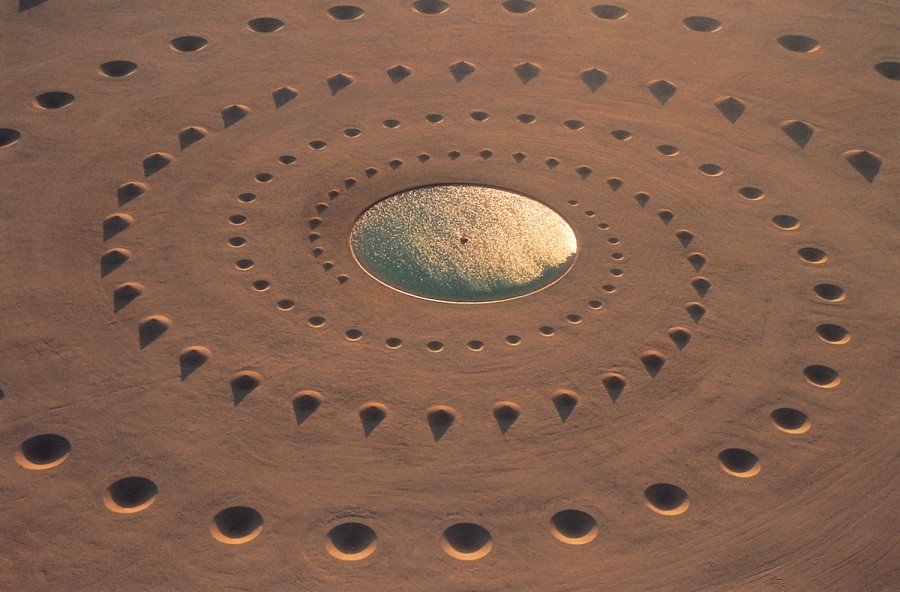 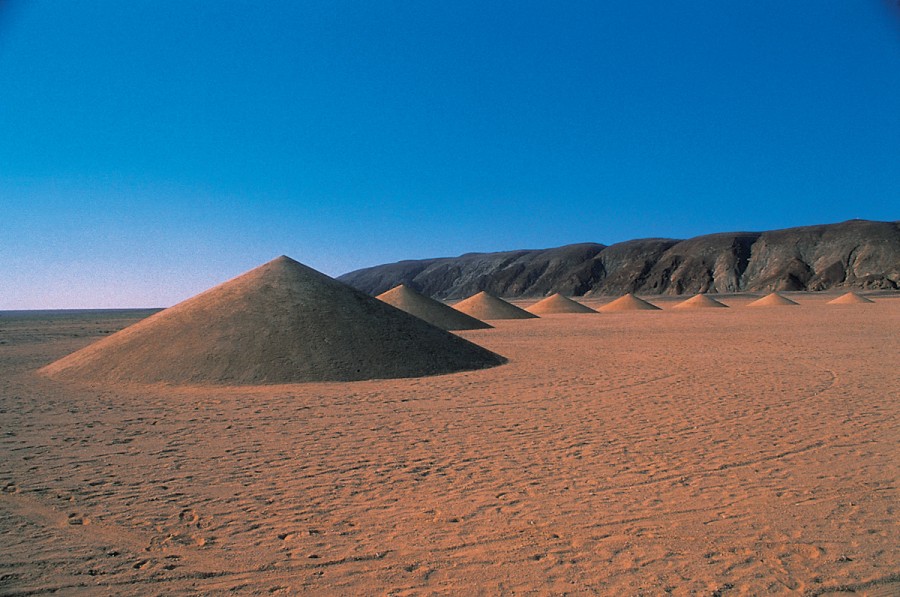 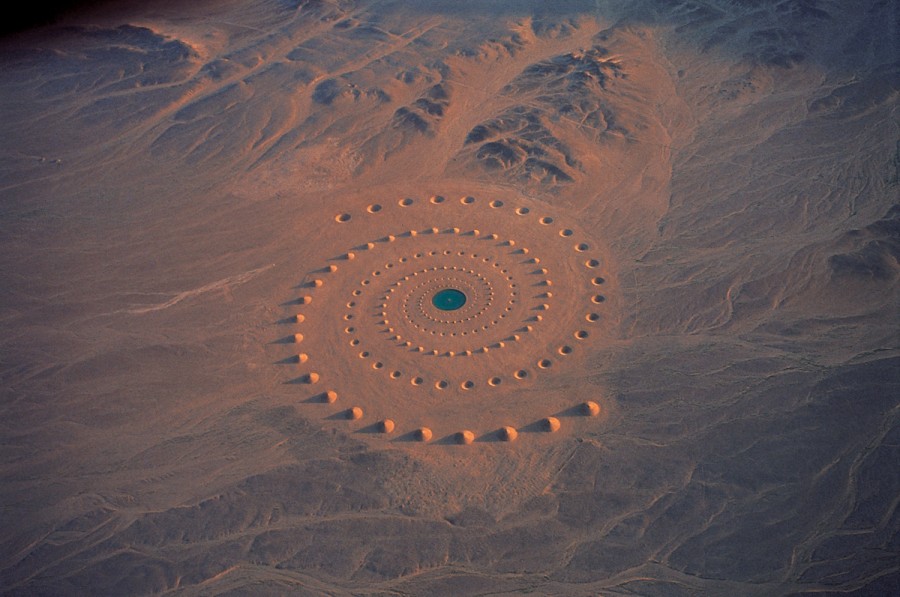 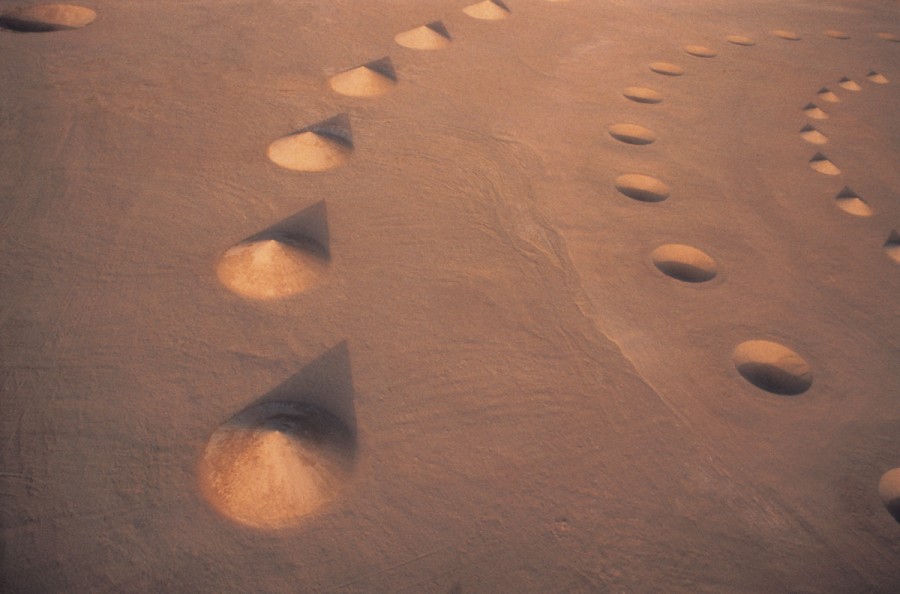 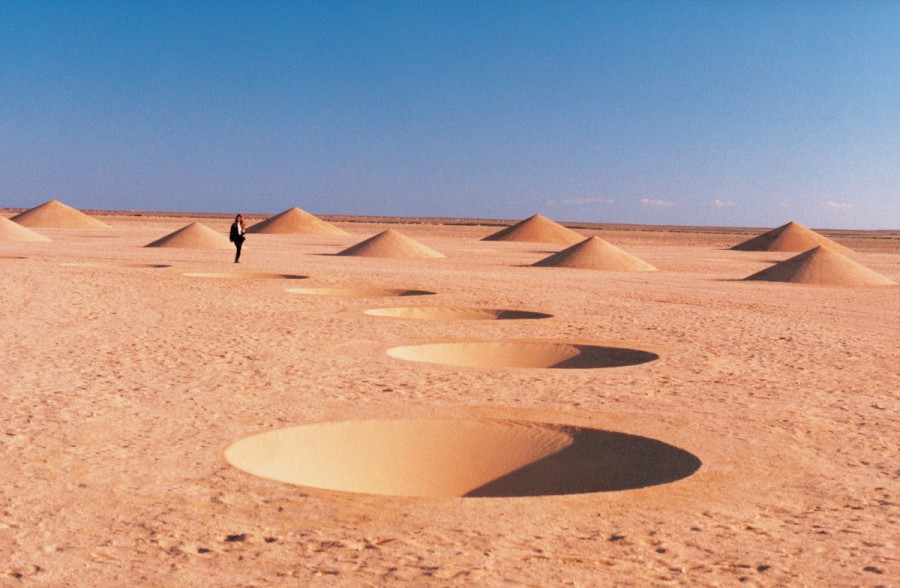 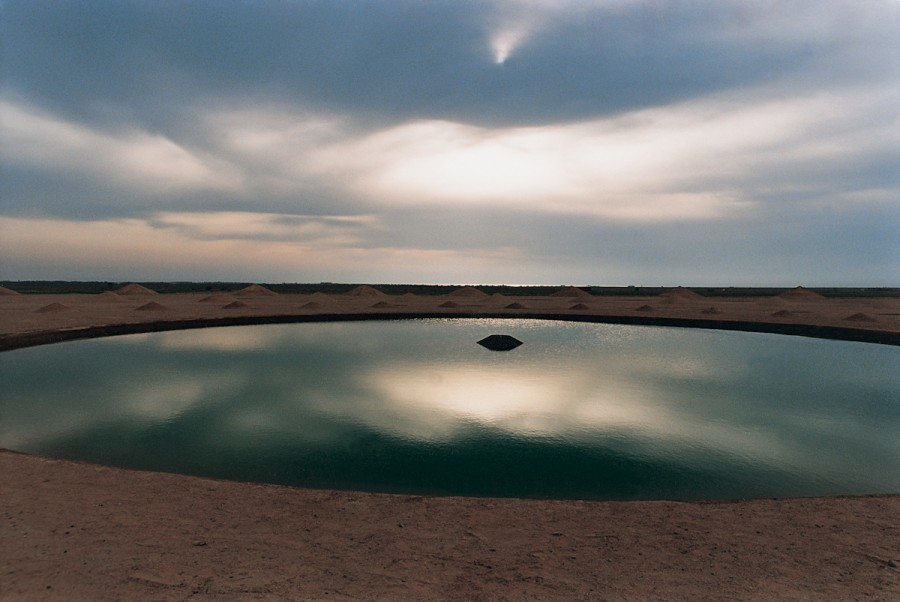 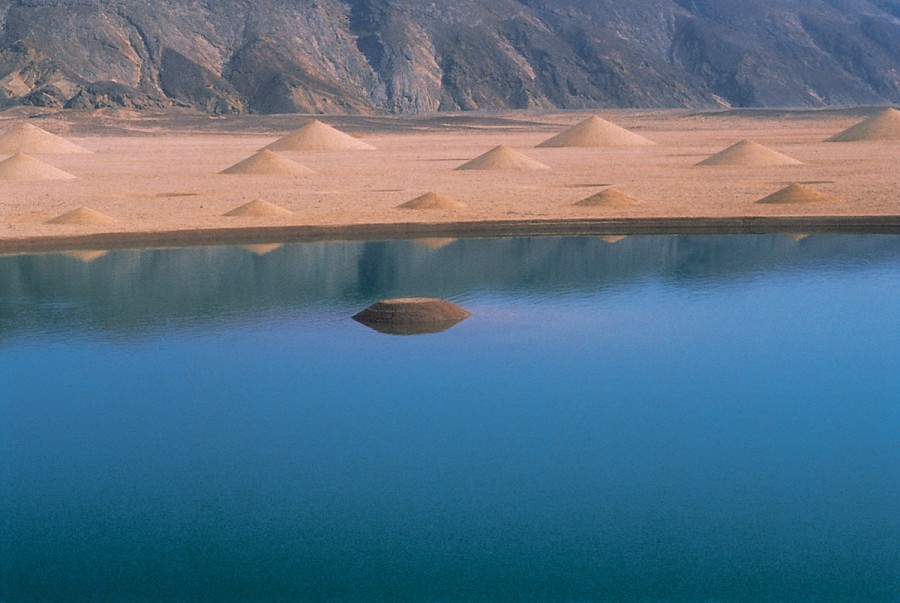 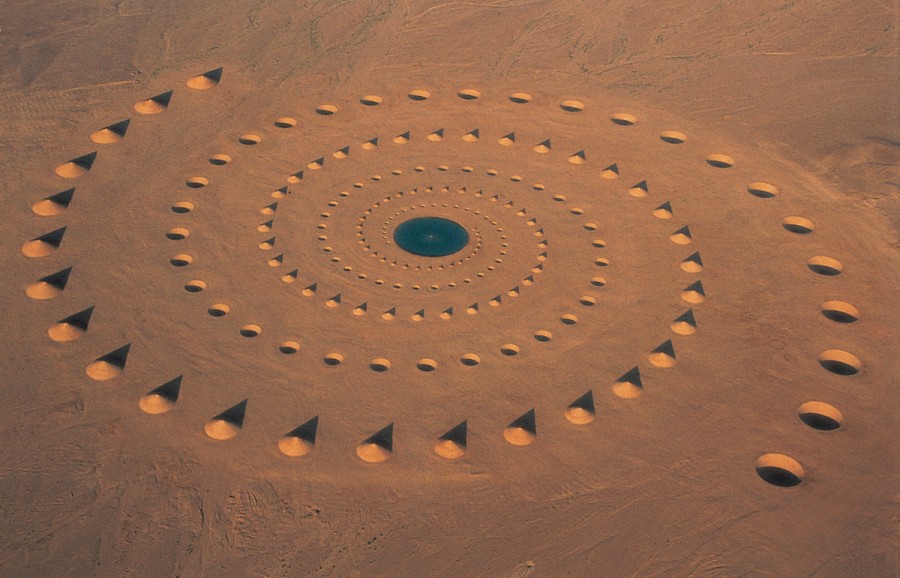 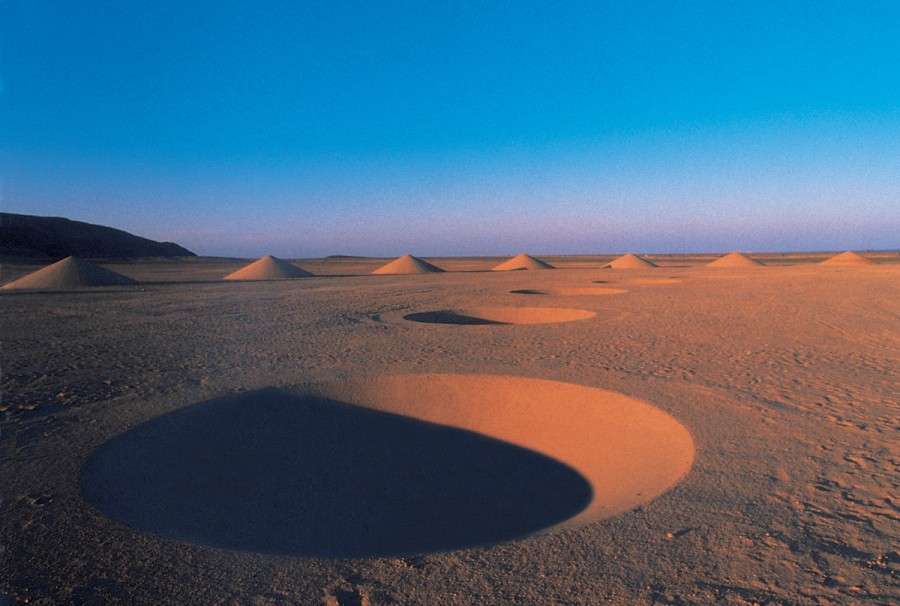