One would think that the essence of photography is capturing the reality, but a French artist Clement Briend proposes a different interpretation of it by supplementing the world with something completely unearthly. An Ecole Louis Lumiere graduate creates haunting 3D projections on trees as a photographic exploration of his surroundings, placing them on the streets of Paris and Cambodia.

The gargoyle and Buddha mirages are created through multiple large format projectors, from which Clement removed the continuous light source with a flash and modified the optical part of the projector to fully optimize the flow of light[1]. The photography teacher of Valenciennes University carefully chooses a surface for every projection, as the texture and the picture compliment each other in beautiful ways.

“I always wanted to photograph the world without it being too faithful to what it is. I always imagined devices that can transform and intervene with the light in things that I photograph. the focus became photographs that include projections and hence the idea of doing shows with projected images” – says Clement. 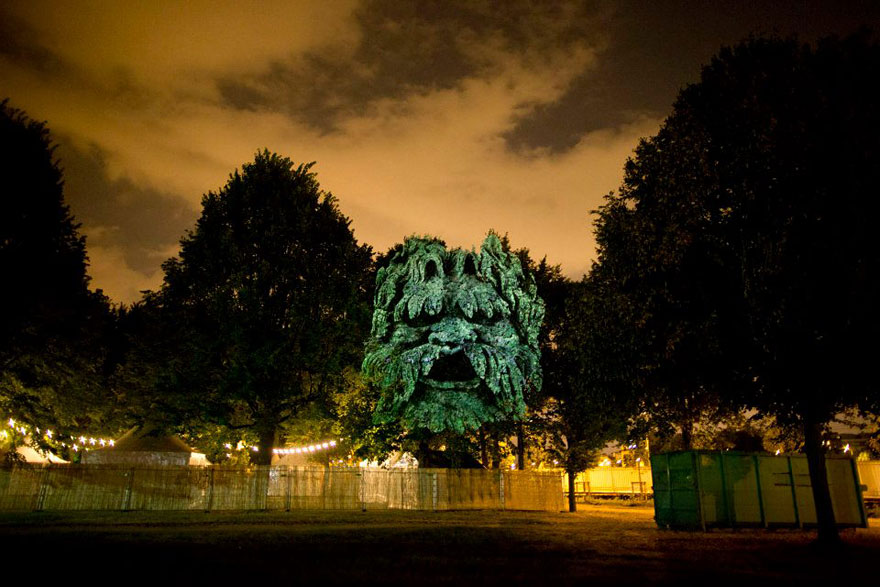 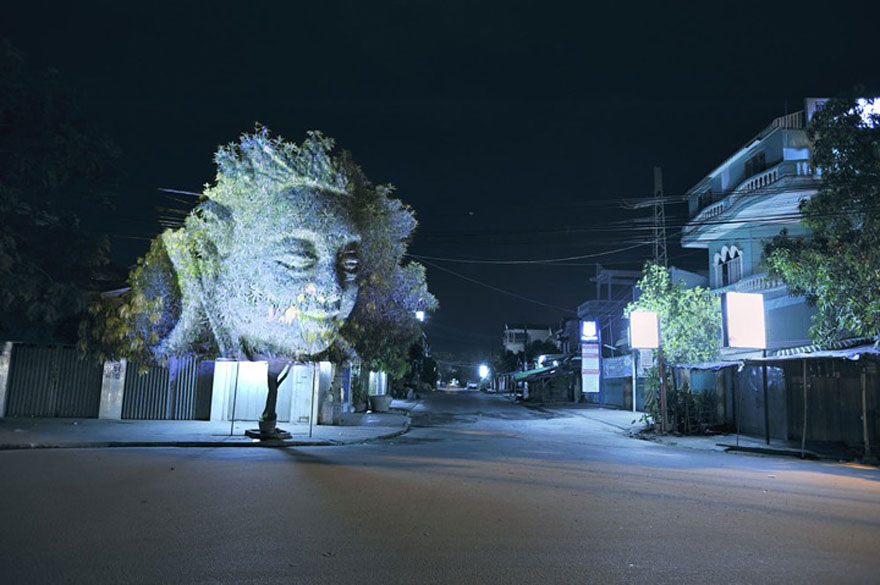 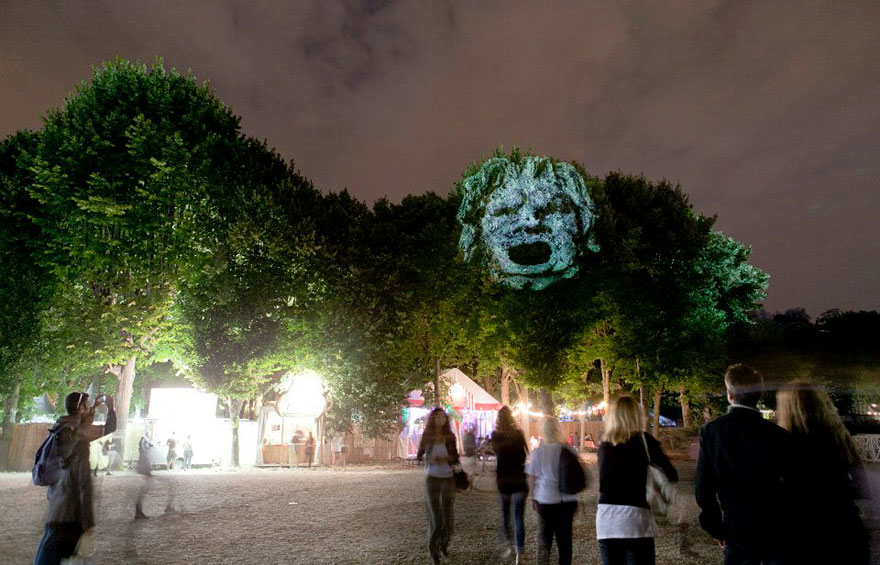 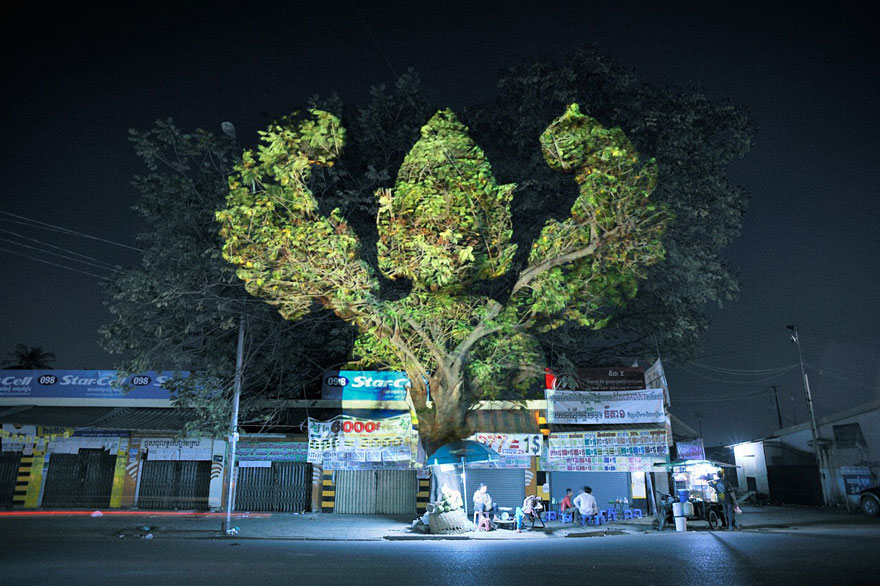 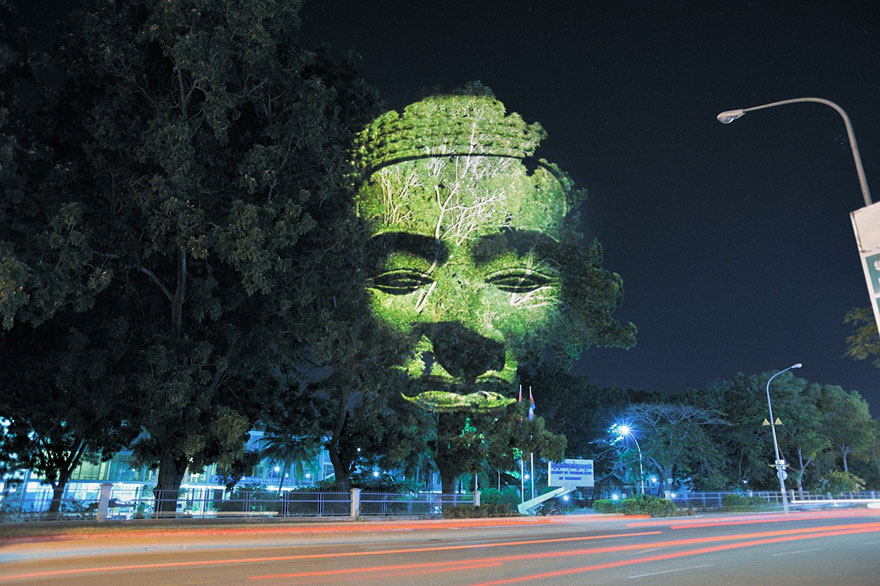 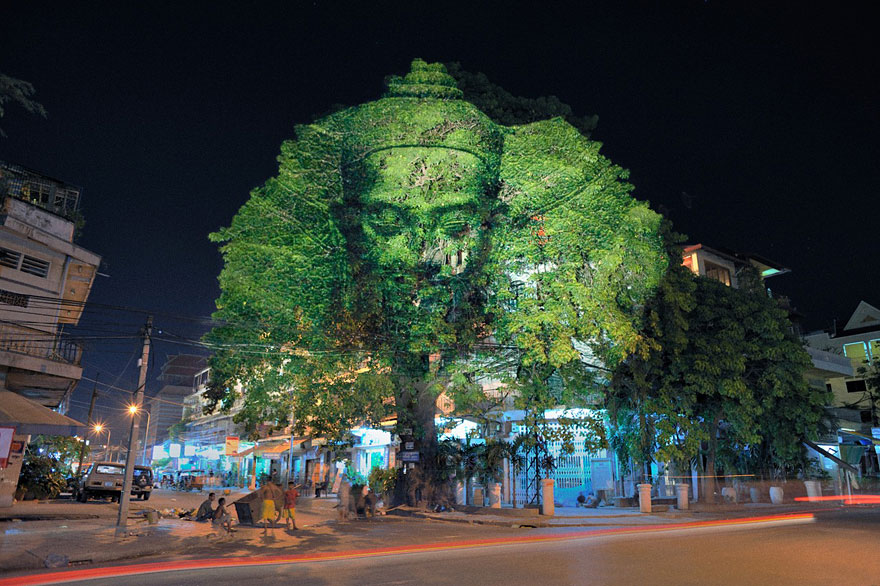 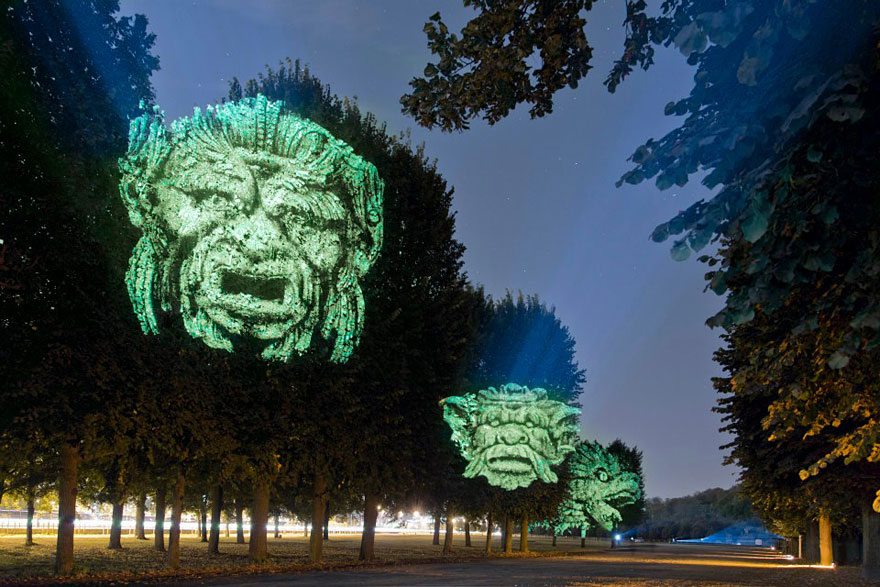 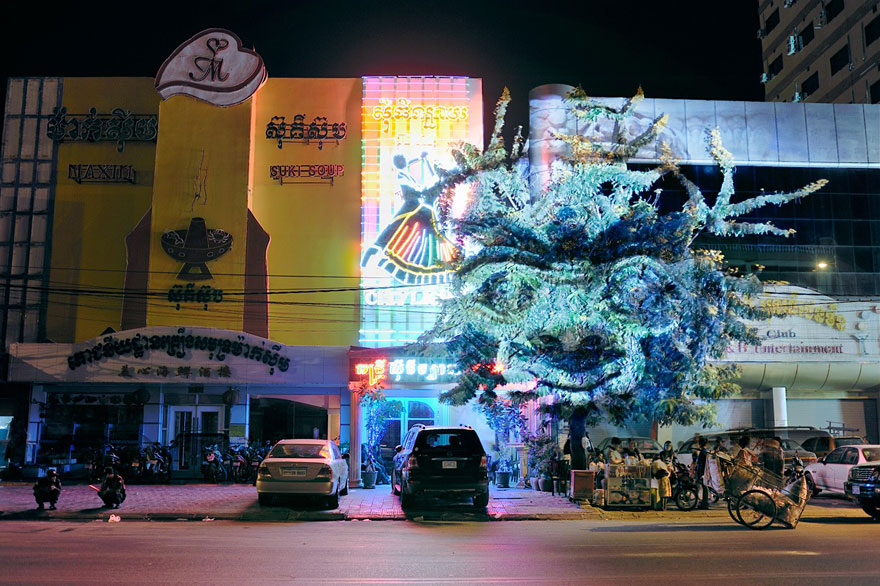 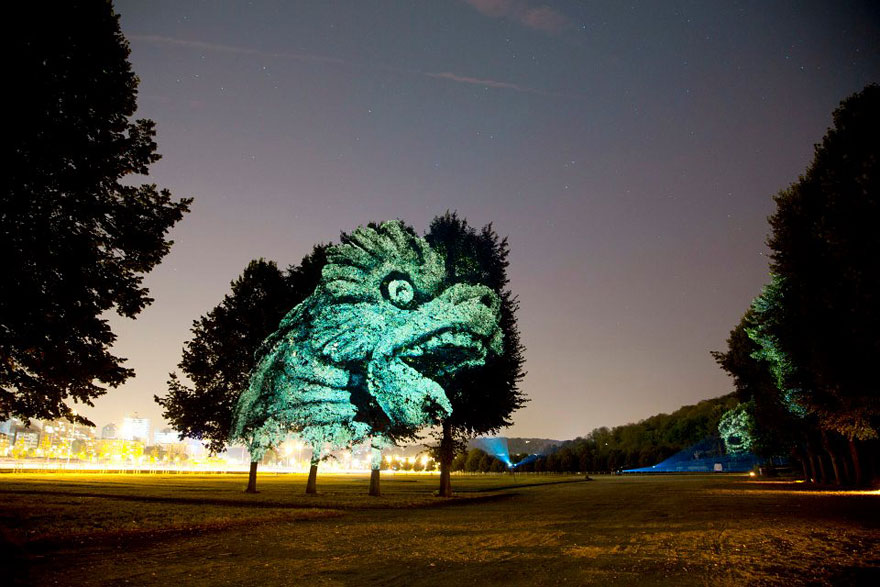 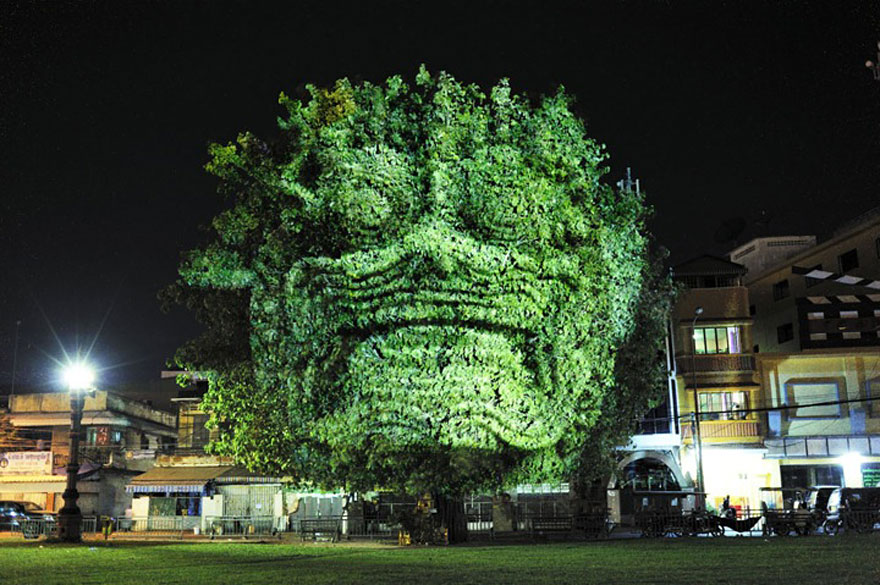